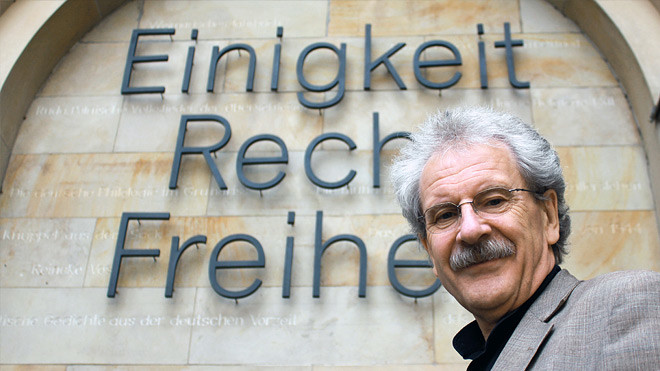 Elected full-time Member of the Lower Saxon Parliament for the first time in 1982, retired in 2013. Served as Spokesman for finance, budget and economic affairs in the parliamentary group of the SPD (Social Democratic Party of Germany). Chairman of the fraction until 1998. Appointed Finance Minister in 1998 by Chancellor Gerhard Schröder (then Prime Minister of Lower Saxony). Held this position under Schröder’s successors Gerhard Glogowski and Sigmar Gabriel until the end of the legislative period in March 2003 followed by change in government due to election, won by the CDU, in February 2003.

Reelected to parliament for 7th period (2008 – 2013) in January 2008. Second period as Chairman of the Committee on Budget and Finance, Member of the Committee on Federal, European, International and Media Affairs. Retired as the most senior member of parliament with over 30 years of continuous membership in February 2013.

Former Representations of the State of Lower Saxony / Lower Saxon Government as a shareholder in advisory boards: Chairmen of the Board of Norddeutsche Landesbank (Nord/LB), Member of the Boards of Volkswagen AG, Deutsche Messe AG, EXPO2000, Deutsche Stiftung Umweltschutz.

Promotion of Reform of Tax Administration in Lower Saxony (“Finanzamt 2003”) and introduction of the nation-wide IT-System “Fiscus” and of Public Private Partnership Projects within state government and in co-operation with industry and financial sector.

Present engagement and activities in special fields of interest: Restructuring public administration (esp. tax administration) including IT and foreign experience, Public Private Partnership (concepts for financing and administrating public infrastructure and services), Reshaping the (public) banking system in Germany within more and more competitive and European/international markets, Defining political, economical and social programs and Lower Saxon and German interests within the process of European integration and global developments. Activities in German-US-American and German-Canadian relations through AmCham and Atlantic Bridge.

Private/professional background: Born on 30th September 1947 and living in Seelze, near Hannover/Lower Saxony. Married, one daughter. After graduation of Gymnasium, Police Force, University of Hannover (English, Politics, PE), studies financed by working as a free-lance journalist. 1972 - 1982 grammar school teacher and principal at schools in Hannover; public relations officer of the Lower Saxon Ministry of Eduction. Member of the Social Democratic Party of Germany (SPD), Chairman of SPD in the Region of Hannover 1982 - 2009, Chairman of the Regional Advisory Board since 2009. Member of the City Council of Seelze since 1972.